In this interview, Mary Elizabeth King, an expert on nonviolent resistance, discussed how Mohandas Gandhi’s civil disobedience influenced the American civil rights movement, and what he might think of India today. 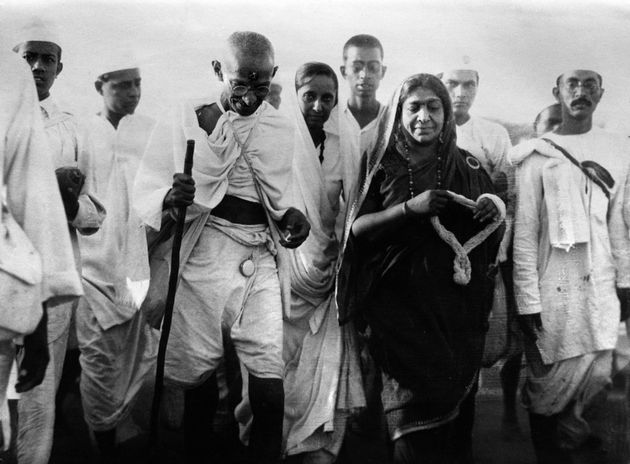 Mahatma Gandhi and Mrs Sarojini Naidu, poetess and politician, on their way to break the state laws at Dandi, India, on 24 April, 1930.

NEW DELHI — The United States and India, the world’s oldest and largest democracies, have been punishing their citizens for using civil disobedience to challenge injustices. In the U.S, the killing of Black Americans brought people out into the streets. In India, it was a law that discriminated against Muslims by making religion the basis of granting Indians citizenship, and  the threat of a national citizen register that left Indians irrespective of their religion worrying about proving their citizenship in the future.  Those who led the movement against the Citizenship Amendment Act (CAA) have been jailed and charged with terrorism.

Days before a U.S. presidential election that candidates describe as a battle for “America’s soul,” Mary Elizabeth King, a professor of peace and conflict studies at the University of Peace, an affiliate of the United Nations, and author of five books on civil disobedience, spoke to HuffPost India about the American civil rights movement in the sixties, how it drew from Mohandas Gandhi’s civil disobedience, and what he might think of India today.

King, who is white, and grew up in a deeply racist Fredericksburg, Virginia, was schooled in social justice by her father, a Methodist clergyman, and mother, a nurse, who later became a nursing professor. After graduating from Ohio Wesleyan College, King was 22 when she went to work for the civil rights movement in Atlanta and  Mississippi in the early 60s. She joined the Student Nonviolent Coordinating Committee (SNCC), helping organise direct action, and working with the media.

“It is almost as if time hasn’t passed. Young people were important in the civil rights movement and they are vitally important now, here and in India, because they see injustice and they are outraged by it and ready to respond to it. They are not going to go quietly home and just try to be comfortable,” she said.